Accidentally grabbed a permanent marker to write on your whiteboard? – Do Not Panic

I work in the school setting. I ‘accidentally’ used a regular marker instead of a dry erase marker on a dry erase board. Needless to say, the ink would not come off or what I could remove left a horrible smudged stain.

What should I do to remove the rest of the writing and the smudge?

Here are Three simple Methods you can use to remove a permanent marker from your whiteboard surface. 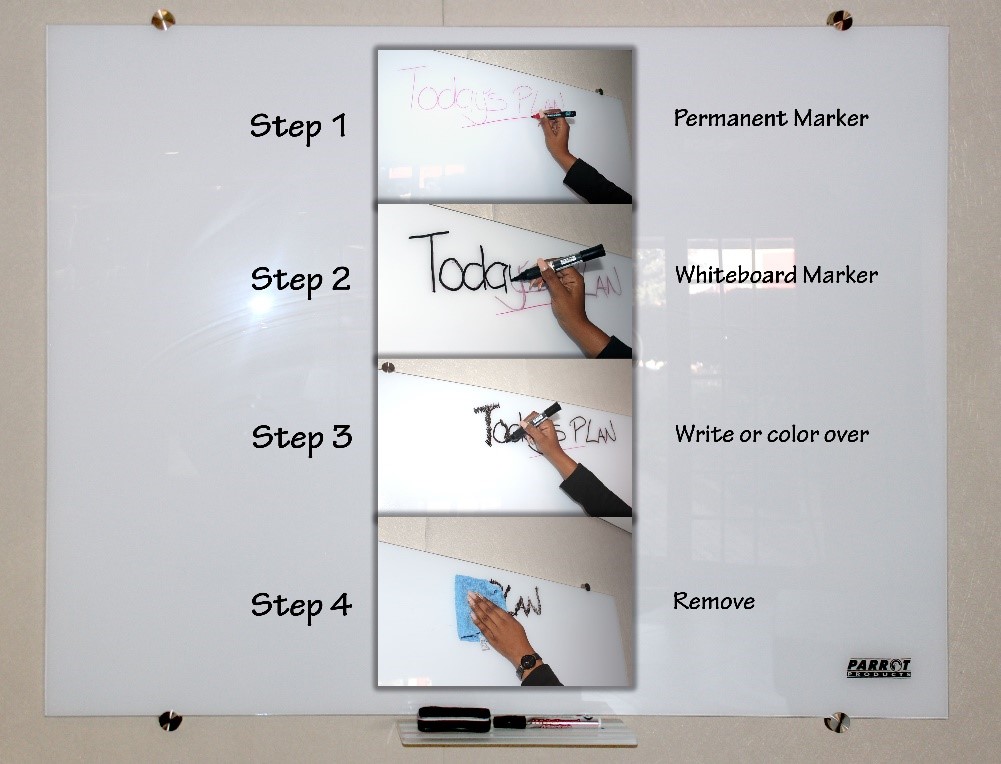 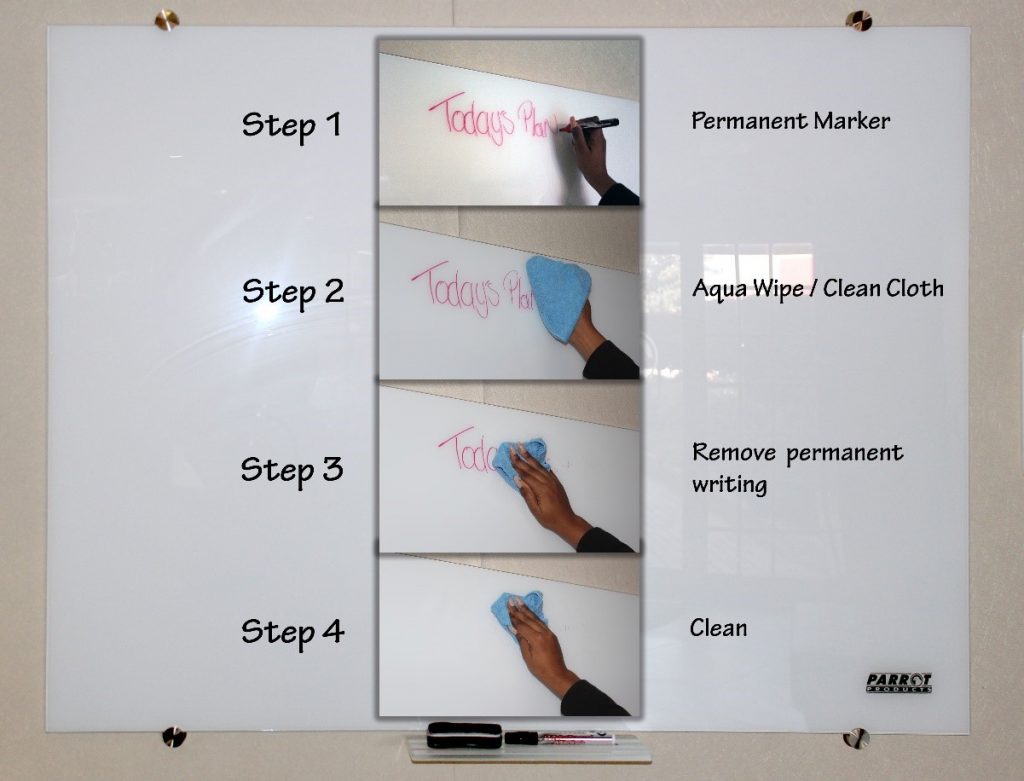 It all comes down to the basic scientific concepts behind the removal of a substance, which we think are pretty neat.

In order to remove a material from a surface, you either need a physical or chemical means to remove it. An example of a physical way would be scraping off paint from a wall. You are physically removing it. With chemical removal, you first need a solvent.

What is a solvent? When talking about a solution in chemistry, there are two words you need to understand: “solute” and “solvent”. A solute is the substance to be dissolved. A solvent is the substance doing the dissolving.

A great example of this is sugar in iced tea. The sugar is being dissolved– so it’s the solute. The iced tea– really the water in the tea, if you want to get technical–is the solvent. Water is an amazing example of a solvent. In a macro example, water acts as a solvent to erode away the natural world to form rivers and slowly mold the mountains we call home. In a micro example, it acts as a solvent to dissolve sugar crystals and create a homogenous (and quite tasty) glass of tea.

Now that we know what solvents are, it makes sense that a permanent marker can be removed by a solvent. “Permanent” is a bit of a strange term. It just means it can’t be erased or easily removed like a washable marker or pencil. With a solvent like alcohol or acetone, though, permanent marker comes off a smooth surface pretty easily.

It may be difficult to wrap your head around the fact that drawing on top of permanent marker is the best way to remove it, but helpful coincidences like this happen every day. When you’re able to understand the science that’s going on behind the scenes, it all becomes a bit more clear–and sometimes clean.

We bring you the best electronics, gadgets and accessories from all over the world; and we bring this all at the convenience of your finger tips. We connect you with your favorite and trusted brands to fulfill your electronics needs. Welcome to Electromat! Your number one source of all things Gadgets, Electronics, Audio Visual Accessories and much more. We are dedicated to provide excellent products from reputable national and international brands as well as excellent customer service. Founded in 2016, Electromat is part of M-AV Solutions (www.m-av.co.za) and has come a long way from its humble beginnings of providing audio visual services and solutions for business and individuals in South Africa. We have a comprehensive range of innovative products that extend from practical solutions for any home or business to specialist products. We are an authorised dealer of Astrum, Parrot, Sennheiser, Lemonda products. We have a great relationship with all our suppliers and negotiate the best deals to make sure we bring you products at the best price possible. We hope you enjoy our products as much as we enjoy offering them to you. Give us a try, you will not regret it!

Is My Battery On Its Last Leg?: The Top Signs You Need a New Laptop Battery

What to consider when buying headphones